Updating a blog post from earlier this month, according to media reports, charges are pending against the driver and transportation company involved in a deadly Salado tractor-trailer accident that occurred in March. 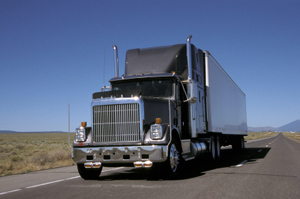 On March 26, one man was killed and three people were injured when a truck with an oversized load crashed into a bridge that was under construction on Interstate 35. Debris from the crash came crashing down on several vehicles on the roadway.

According to KXAN-TV, the driver of the truck that caused the crash and the company that employed him reportedly did not have a permit to carry an oversized load at the time of the accident.

KXAN reported that an investigation into the crash is still ongoing. The charges could range from running an unpermitted over-height load to criminally negligent homicide, a Department of Public Safety told the news outlet.

Who is Liable for Truck Accidents?

It is sad that a man died because of the alleged negligence of this driver and transportation company. Unfortunately, commercial accidents in Texas are not uncommon, as the Lone Star State regularly leads the country in the number of fatal trucking accidents that occur each year.

Drivers and transportation companies have a duty to make sure other people on the roadway are safe. If they fail to live up to these standards, a person or victim’s family can pursue a lawsuit. By speaking to an attorney, a victim or a family can obtain damages that can pay for a loss of income, in addition to preserving evidence that may prove useful if a case goes to trial.

If a negligent truck driver or transportation company has affected you, consider speaking to an attorney. Stay up to date on personal injury law in Austin by visiting our Facebook and Twitter pages.

previous
Safety Tips for Bicycling in Austin
next
Fatal Workplace Accidents: What Do I Need to Know?