Do you work for McDonald’s? Recently, the fast food chain has come under fire, as workers in multiple cities have filed complaints about on-the-job injuries. 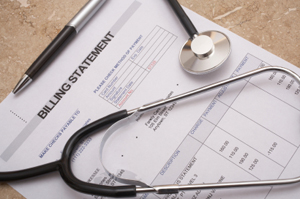 According to CNN, as of March 16, 28 workers in 19 cities had filed complaints against McDonalds over on-the-job injuries, including severe burns and slip-and-fall injuries over a two-week period. One group that is involved in a separate wage campaign against McDonald’s, the “Fight for $15”, said that it has launched a petition with the Department of Labor to investigate working conditions at restaurants.

The group said that one worker in Chicago slipped on a wet floor and caught her arm on a grill recently, suffering severe burns and nerve damage. “The managers told me to put mustard on my arm, that’s it. But I ended up having to get rushed to the hospital,” the worker said, according to CNN.

CNN reported that the complaints recently in the news were filed with the Department of Labor’s Occupational Safety & Health Administration. Sadly, according to the news outlet, burn injuries are common at fast food establishments, as a survey by the National Council for Occupational Safety and Health recently found that four in five workers said they were burned on the job over the past year.

Having an Attorney Investigate a Workplace Injury

Remember, if you live in Texas and have been injured on the job, it may be important to speak to an attorney. You may be entitled to workers’ compensation and/or you may be able to peruse a lawsuit for damages.

If you are an injured fast food worker and you have concerns about paying for legal representation, you should not fear this, as our initial consultation is free. Additionally, in many cases, we do not charge attorney fees unless we secure compensation for victims.

previous
Are Fatal Truck Accidents on the Rise in Texas?
next
Are Indoor Trampoline Facilities Safe?