There are several indoor play centers in the Austin area, including Jumpstreet, Pump It Up and iPlay—but how safe are these facilities? 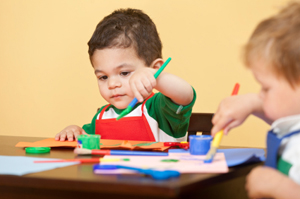 KXAN-TV had an interesting story last month after the family of a 10-year-old girl who broke her arm in multiple places at Jumpstreet filed a lawsuit, questioning the safety of indoor play facilities, which often market themselves to kids. The girl at the center of the story was running around in front of workers at the facility when another child attempted to do a flip in front of her, crashing into her.

The incident took place two years ago and the girl’s family said that her arm is disfigured because of the accident. In its lawsuit, the family claims that Jumpstreet’s lack of supervision created a “dangerous and hazardous condition.”

After the lawsuit was filed, KXAN began to investigate the centers. According to the station, at most facilities in Texas, parents must sign a waiver prior to a child being able to play. Often, the waivers have items that “release” the company from liability in the event of an injury. However, many legal experts agree that these waivers are not relevant when discussing a facility’s lack of supervision.

Additionally, KXAN found that parents have no way to check the safety record of an indoor trampoline center in Texas—the only facilities that have to report injuries to the Texas Department of Insurance are those with roller coasters, mechanical bulls and go-karts.

Jumpstreet did provide statistics to the station indicating that there were 94 injuries at the facility in 2014, ranging from scratches to broken bones.

Having an Injury Case Investigated by an Attorney

As this story shows, the safety and injury reporting behind indoor trampoline facilities is very much up in the air. Remember, even if you have signed a waiver allowing your child to play at a center, if he or she suffers a major injury, it may be a good idea to speak to an attorney.

Keep in mind, if a facility does not adequately staff a play area or does not monitor other customers, you may be able to hold it liable for injuries your son or daughter has suffered. While there may be some expectation of an injury risk at a play facility, your son or daughter should not have to suffer because of a lack of supervision.

previous
Does McDonald’s Promote Unsafe Work Conditions?
next
How Can I Drive Safely in a Work Zone?