According to KXAN, a city worker was indirectly struck by lightning and hospitalized after a severe thunderstorm on April 16. 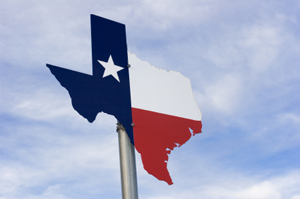 Lightning often strikes several miles away from the center of the storm, even as far as 10 to 15 miles from where it is raining. The storm that moved through the Austin metro area on April 16 averaged 21 strikes hitting the ground per minute, and one of those strikes sent this worker to the hospital. City officials said the lightning struck him indirectly by hitting a metal object he came in contact with.

Austin Resource Recover said they are taking a closer look at their policies, to have something in place to prevent another lightning incident like this in the future.

Are You An Injured Public Employee? Contact Our Austin Workers Comp Attorneys

If you were hurt while working for a Texas state agency, Travis County, the City of Austin or any other state or local public body, contact our Austin workers compensation attorneys for advice about resolving a job-related accident claim.

Texas public employees are not covered by the state workers compensation system; instead, they present their no-fault claims for benefits to the State Office of Risk Management. However, like private sector workers compensation, these benefits are limited and are typically less than what you would recover in a personal injury lawsuit.

For a free consultation about your case, contact our Austin injury attorney online or call our office at (512) 474-8346. Our firm works on a contingency fee basis, which means that we collect no attorney fees unless we earn compensation for you.

Did You Know: According to the National Oceanic and Atmospheric Administration, Americans have about a 1 in 10,000 chance of being struck by lightning at some point in their lifetime.