The band Dropkick Murphys was involved in an Austin-area crash, killing a 23-year-old pedestrian around 3 a.m. The band was unhurt, but they cancelled their next concert. 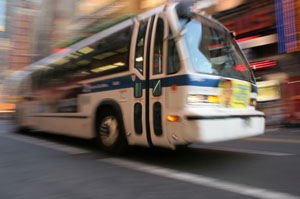 Tour bus accidents are often reported in the news throughout the year.e buses are generally larger and more unwieldy than other buses; therefore, they can cause serious accidents to those within the bus and those in other vehicles. Sometimes these buses can hit signs or traffic lights because they are so tall. Notable Texas tour bus incidents of the last year include the following:

These sorts of accidents occur across the country, and the injuries can often be severe and costly, such as is the case with traumatic brain injuries, or result in someone’s death. In any event, passengers who have been injured or who have lost someone could be eligible for compensation for hospital costs, lost wages and rehabilitation.

Do You Need a Bus Accident Attorney in Austin?

Many parties, including the owners of a tour bus, could be at fault for accidents and injuries that occur. Drivers should be trained properly and be alert on the road. Sometimes the bus is in questionable condition. If you think a negligent bus company is at fault for your injuries, then call our bus accident attorney today.

previous
How Common Are Garbage Truck Accidents?
next
How Safe is it to Let Elderly Relatives Drive?