Hurt in a Wrong Way Crash in Austin?

Find Out Your Legal Rights Austin has many one-way streets and other roads that can create confusion for motorists. A car traveling in the wrong direction down a one-way street can cause an extremely dangerous situation for other motorists. Often, the result is a wrong way crash, which can happen for a number of reasons. Streets may be poorly designed or lack signs that warn drivers they are entering the wrong side of the road. Drunk and/or distracted drivers crash into other motorists after failing to notice wrong way signs. In some cases, multiple parties may be responsible for wrong way accidents. People injured in these crashes may pursue damages against other drivers, businesses or sometimes even the City of Austin.

For more than three decades, our law firm has fought to help Texans injured by the negligence of others. Austin car accident attorney Aaron Allison can investigate the cause of your accident so negligent parties can be held accountable. Depending on the circumstances of a head on collision on a one-way street, you may be able to secure the damages you need through an insurance claim and/or personal injury lawsuit.

What are the Most Common Causes of Wrong Way Crashes?

Data gathered by the Texas Department of Transportation (TxDOT) shows Austin had 72 wrong way accidents between 2015 and 2016. There are multiple reasons why drivers may cause a head on collision. Some of the most common causes include:

How Do You Establish Liability in a Wrong Way Crash?

Every crash is different, so your attorney may use many different types of evidence to establish liability after an accident.

Hit by a Wrong Way Driver in Austin? Call Our Law Firm for a Free Consultation

Depending on the circumstances, pursuing a claim for car accident damages can be complex. For example, if the City of Austin or a construction company is to blame for the crash, then your claim may be more difficult. These types of cases usually require qualified legal representation. Our firm has extensive experience holding negligent motorists and other parties accountable for causing car crashes in Austin.

Texas car accident attorney Aaron Allison uses experience and passion to help those who sustain injuries or lose a loved one due to wrong way drivers. In a free initial consultation, he can help you determine who may be liable for your accident and whether you have a case for pursuing damages. You may contact Aaron Allison by filling out our online form or by calling 512-474-8346.

Not Seeing What You’re Looking For? We Also Help With:

Paralysis is a devastating condition that is often permanent. It is a common occurrence after serious spinal cord injuries such as broken or …

Available 24/7 to Take Your Call

Here’s what to expect:

What Others Say About Aaron Allison

“I looked at several attorney’s for my husband’s case, and Aaron looks like he was the best one. He was the best Worker’s Comp attorney in our area of Texas. So, we called and made an appointment for an initial visit. Once we talked to him we got that he knows his job. Plus he’s very nice and very personable. We could tell that right away.” 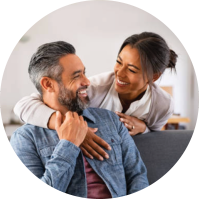